From Rescue Dog to Working K9 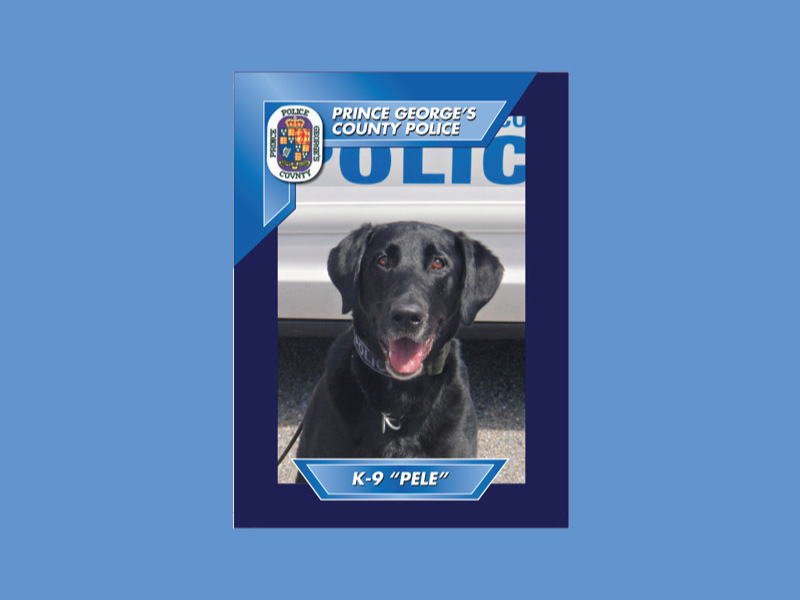 In the US I worked for Lab Rescue of the Labrador Retriever Club of the Potomac. I did various jobs over a number of years. I drove transports, evaluated dogs, worked at the adoption days, took owner give up calls (and if the owner was looking to give up the dog due to a behavioral issue, I would get involved to help train and problem solve so they could keep the dog if at all possible) I also fostered dogs until they were adopted. They usually gave me dogs that needed training or were difficult, last chance dogs.

Once in awhile, I ended up with a foster that just needed a place to go but was not especially a difficult dog or even in need of training. One such dog that I took home from an adoption event was a bit over an 18 month old, black male. He had come in as an owner give up, with his yellow sister, due to a divorce. The sister was adopted at an adoption event and the foster was leaving for a work trip so I agreed to bring the dog home until he was adopted or the next adoption day whichever came first. The dog had come in with a very strange name, File from File Gumbo, a creole dish. The name was pronounced like Feelay.

He was a nice boy that was house trained and good in the house, so it was a nice break for me to have an easy dog. In just a few days of observing him I noticed he was a very high drive dog and very possessive of a certain toy. He took his toy out in the morning for his bathroom break, he carried it down the stairs across the yard and held it in his mouth while doing all his bathroom business. He then carried it back in the house and only put it down to eat his breakfast. Then he wanted it thrown for him to retrieve for HOURS on end.

Having raised 6 Labradors for currency and drug detection for U.S. Customs, I knew the drive and the attachment to a particular toy could indicate a good working dog. I called the President of LRCP and asked her if any Police Departments were looking for detector dogs. In minutes, a guy called me from the Prince Georges County Police. His working K9 partner had failed to re certify and he was without a working dog for the first time in his career. He asked me many questions about the dog and wanted to come and try him out. He received permission to come out and test the dog, but had to come and pick him up very early the following morning in order to get all the way back to Maryland to do the test that was happening that day. I agreed to get up at O’dark hundred and have the dog ready to load up so that File would have a chance at getting tested. (Many dogs with such high drive don’t actually make good pets as they really need a job to do and if the owners can’t or won’t make time for them, the dog can be a real pain to live with as they think up their own “jobs” if not given an appropriate one)

At 5:00 AM the next morning, my doorbell rang and the shock must have been evident on my face as I opened the door. A beer-bellied, sloppy, longhaired, tee shirted dude stood at my door! He quickly said “Ma’am, just let me show you my ID.  Ever since my dog failed to re certify I have been working vice, undercover.” I could see past him to the street and the black police Suburban with the aluminum dog cage in the back, so I didn’t really need to see the badge.

We talked about the dog for a few minutes. He asked a few more questions then loaded up the dog. When he was ready to leave he turned to me and said “I really hope he passes the test, but the guys are already giving me a hard time about working a dog with such a weird name. I mean, who names a dog, File?” So, I told him if I were him, I would say that I misunderstood the name over the phone and I would call the dog Pele, as the favorite toy he carried everywhere was a soccer ball!!

The officer called me from the test site that afternoon and said he passed the test, so he would now go off to school with the dog to start official training. He promised to let me know if Pele graduated.

I came home a couple months after that to an unknown number on the answering machine. Pele’s handler was so excited he called me from a phone booth at the graduation site when the dog got his certification and his badge! (this was in the days before people permanently had cell phones attached to them) The officer was so excited!  He had turned down a very expensive dog that his department was willing to buy for him and took the chance with Pele as he saw great potential there. By chance the expensive dog he turned down was in his class with an officer from another agency. The dog failed the test.

Read more about some of Pele’s exceptional finds.